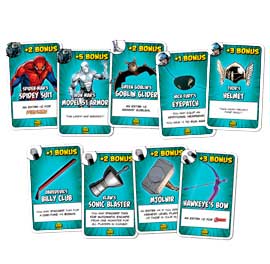 Become the Greatest S.H.I.E.L.D. Agent of All in MUNCHKIN®: Marvel Edition

Learn more behind the scenes at USAopoly.