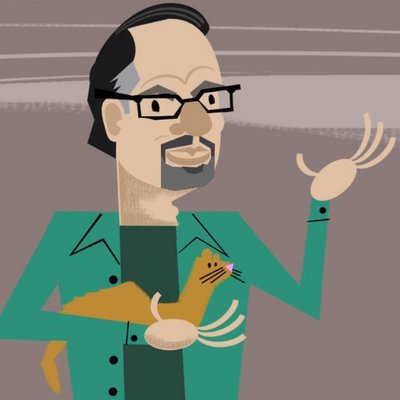 Gil Hova, head of Formal Ferret Games, will be joining us for our Spring 2018 convention on Friday. He’ll have plenty of games for you to demo. So we encourage you to stop by! We asked Gil some questions about his role in the game industry and specifically about his first time at MEPACON.

Hi Mepacon! Sorry for the delay; it’s been a nutty 3 weeks (3 conventions and a Kickstarter). I’m only now starting to get a handle on my backlog.

Here are my answers!

Tell us a little about yourself. What is it you do in the gaming industry and how’d you get there?

My name is Gil Hova; I design and publish my own board games through my company Formal Ferret Games. My most well-known game is The Networks, in which players all take their own TV networks from obscurity to stardom. I’ve also designed and published Bad Medicine, a party game about pitching awful pharmaceutical drugs, and Wordsy, a word game that favors longer words. I’ve been designing games since 2000, but I’ve only gotten good at it since about 2010, when Z-Man released my first game, Prolix (Wordsy’s antecedent). I had posted a lot about game design on my blog (gil.hova.net), so I’d already had a small following by the time I launched Formal Ferret in 2014.

What kind of games do you create/publish? Tell us about some of them.

Some more detail: In The Networks, you start the game with a little bit of money and three awful TV shows. You’re trying to get the most viewers over 5 seasons (viewers are Victory Points). It’s proven to be my most popular game, perhaps because combines solid and engaging gameplay with some really funny cards. For example, the TV shows players start with have names like “Get To Know Your Lower Colon” and “Unlocking Your Cat’s Psychic Potential,” and do not earn you any viewers. This sense of humor extends throughout the game.

Bad Medicine is also a very funny game. It’s more of a pitching-style party game, like Snake Oil or But Wait There’s More. Each card in the game has three things on it; a bit of a drug name, a bit of a description of how a drug would work, and a side effect. You get dealt a bunch of cards, and decide which cards you’ll use for the drug name, which you’ll use for the description, and which you’ll save for the side effect that you’ll give to another player!

The side effects in the game - and the fact that you get side effects handed to you- are what makes it pop. I found early on that side effects like “blindness” or “prostate cancer” weren’t that funny, because they are real things that happen. But “briefly teleported to Mars” and “lactating toenails” are so bonkers, they bring the game to a much funnier place. It also means we don’t “punch down” to make fun of people who have to take pharmaceutical drugs, but we get to “punch up” at the people making gobs of money off them. Wordsy is not as humorous as the other two, but is still a design I’m incredibly proud of. You’ll draw eight cards into a grid at the middle of the table. Each card has a consonant, and the column of the grid will tell you how many points that letter is worth. Players simultaneously try to think of the best word for that board. The first player to write their word down flips a 30-second timer; they’re now the “fastest player.”

The cool thing here is you can write almost any word down, short of proper nouns, contractions, hyphenated words, and so on. You don’t need all the letters in your word to be on the board, nor do you need the letters on the board to be in any particular order. This gives the game a completely different feel than almost any word game out there. Those obscure 2- and 3-letter words so powerful in other games are useless here!

Once everyone has their words written down, everyone scores. The fastest player will get a points bonus if their word is equal to or greater in points than everyone else’s word; everyone else gets a bonus if their word is greater in points than the fastest player’s word. It’s an extremely simple and elegant game, but it has such a fresh feel to it. It’s only 20 minutes long, but players will often want to try it again, because it’s such a different way to approach a word game.

Which game are you most proud of creating and why?

All of them! Seriously, I can’t pick my favorite child.

Tell us a little about your experience with getting your games on Kickstarter.

I would not be able to do what I do without Kickstarter! I’m very lucky in that I’ve cultivated an audience that’s both enthusiastic and really pleasant to deal with. Somehow (knock on wood), I have not encountered trolls or griefers yet. My backers have, to a person, all been awesome.

Bad Medicine and Wordsy have been modest successes, earning $20-30k, which is all I really need to make the game a reality. But The Networks has been a much bigger success; the first campaign raised over $100k, and the second campaign raised almost $150k! I’m very lucky to have such an enthusiastic fan base, and I’m so happy they’re pleased with the game I delivered.

Sure, I’ve made my share of mistakes, but thankfully, they’ve all been minor blunders, and I have to thank my backers for being so patient and understanding every time I goof! Really, I can’t say enough about them.

What are you most looking forward to at MEPACON?

Meeting people! I’m just a gamer, and I love meeting other gamers. And while I’m proud of my games and love to show them off, I also love to play other people’s games too, especially prototypes.

Where can people buy your games?

I’m in worldwide distribution. So just head over to your friendly local game store. If they don’t have any of my games in stock, ask them to order it. Thanks so much for the opportunity!